Tant Pis is a larp for 4 participants, written by Anne Marchadier and Mo Holkar. The initial idea came from a walking tour of the most underwhelming sights of Brussels, and also inspiration from the excellent larp Möbler by Pauline Paris. 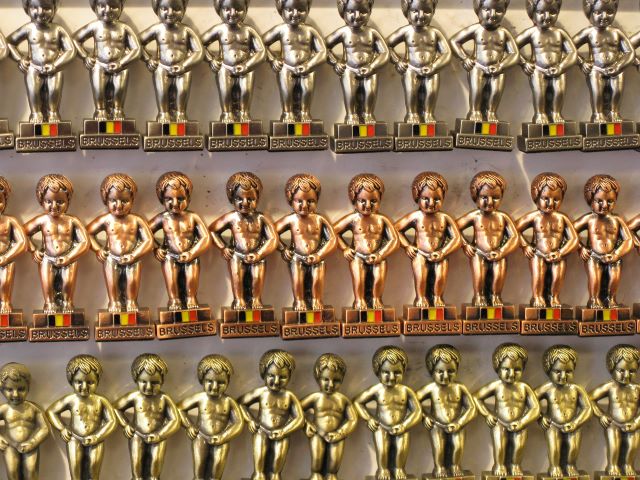 (image: by PixelAnarchy from Pixabay)

“Tant Pis is set by default in Brussels, but you can adapt it to whatever town or city is convenient for you. It is to be played out live, while walking (or otherwise travelling) around the city, visiting its most underwhelming attractions.
"Tant Pis is for four participants, one of whom is also the facilitator. They play the character of a tour guide: the other three characters are tourists being guided. You can change up the numbers to fit your group, but probably you don’t want to go too far away from that sort of size, unless you want a different kind of experience.
"The tour guide is new in the job, and inexperienced, and uncertain. They have been allocated this tour by the agency because the more experienced guides didn’t want to do it, as it is boring and unlikely to be lucrative. It may even be that they’ve been given it as a slightly cruel joke, and it’s not actually meant to be a real tour. This participant should be someone who is themselves reasonably familiar with the city and how to get about between the various attractions – even if their character may not be. It’s not desirable for the play experience to be underwildering offgame, just ingame...
"The three tourists are recently arrived in the city, and have signed up for the tour so as to learn more about their new home. They are students on an Erasmus programme, or a family with a new work placement, or something like that – or so it appears.
Secretly, though, the three tourists are non-human. They are disguised as humans, and are trying to learn about how to imitate humans better. They are lacking in the cultural cues and signals which would make clear the underwhelming nature of the tour’s attractions.”

You can download the script here: Tant Pis (pdf)